德国     收藏拍卖公司
分享 有道翻译
HERMANN HISTORICA is one of the leading auction houses for antiquities, antique arms and armour, firearms, hunting collectibles, orders and decorations as well as objects of military history.

The beginnings of Hermann Historica oHG reach back almost 50 years to the auctions of Count Erich Klenau of Klenova, Baron of Janowitz, who around 1960 started to offer also "Orders and Decorations" as well as "Objects of Military History" in his well-established coin auctions.

In the early 1970s, today’s co-owner Wolfgang Hermann began to extend the range of objects offered in the sales of Graf Klenau oHG to "Antique Arms and Armour", which, owing to the extensive offerings, thoroughly researched descriptions and elaborately designed catalogues soon secured the company a firm entry in the datebooks of important international collectors, museums and public collections. In 1982 Wolfgang Hermann and Ernst Ludwig Wagner took over the company, named it Hermann Historica oHG and on March 6 of that year conducted their first auction sale. In the years to follow, Peter Wagner, Franz Hermann and Thomas Rief also became partners.

Today, Messrs. Hermann Historica can look back on a number of remarkable auctions of which particularly those dispersing complete collections stand out: the famous 1996 sale of the hunting treasures of Castle Fuschl in Salzburg, the 1997 liquidation of the Numbrecht Museum of Historical Technology, the 2002 and 2005 sale of the Axel Guttmann Collection of Antique Arms and Armour, or the worldwide biggest auction of "Children’s Dreams on Wheels", the pedal cars of the Centre of Extraordinary Museums in Munich in 2004 and 2005. But also numerous objects from the former estates of Royal Houses, notably those of Germany and Austria, continue to attract international attention. 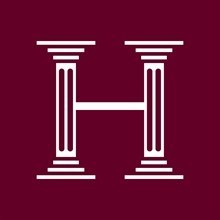